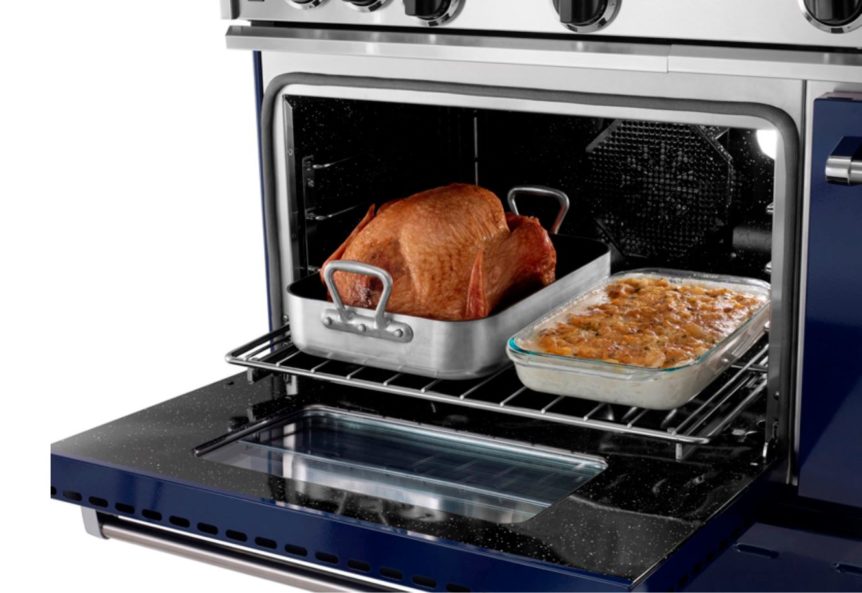 Did you invest in a Blue Star/Big Chill range or Blue Star wall oven as part of your custom kitchen sometime between 2015 and 2017? If so, continue reading for more information about a recall of seven different range series and one wall oven series and whether or not the unit you purchased will be affected.

When was a recall issued?

How many units are being recalled?

About 7,100 units sold in the United States are being recalled. In Canada, the number is around 2,600 units.

Which models are listed on the recall notice?

The models listed include seven different series of free-standing ranges from the Blue Star and Big Chill lines, as well as one gas-powered wall oven series. They were manufactured in the United States by Prizer-Painter Stove Works Inc. The units were sold by kitchen equipment dealers and at specialty appliance stores nationwide in the US, as well as in Canada, between September of 2015 and October of 2017. Consumers purchased them for anywhere between $3,300 and $18,100.The names of the different series involved includes:

Specific model and series numbers can be found on the recall website, as well as the CPSC and Health Canada recall notice postings.As of the time this was written, the recall only affects the listed models that were sold in the specific time range above. It does not affect any other appliances manufactured by Prizer-Paint Stove Works that have been sold.

Why was this recall issued?

Per the U.S. CPSC recall notice, “Use of the convection oven fan during pre-heating or broiling can cause accumulated gas to ignite, posing a burn hazard to consumers when the oven door is opened.”

How many incidents of this hazard have been reported?

Were there any injuries associated with the reported incidents?

Have there been any similar recalls in the United States?

There have been three recalls since November of 2013 involving ranges and burn hazards. The recalls were issued by:

Information on the Viking Range recall can be found on its U.S. CPSC notice page: https://cpsc.gov/recalls/2015/Viking-Range-Recalls-Gas-Ranges

If you want to look into the Kenmore Elite dual fuel range recall, here is the link to its U.S. CPSC notice: https://cpsc.gov/recalls/2015/Electrolux-Recalls-Kenmore-Elite-Ranges

Lastly, find more information on the Jenn Air Wall Ovens recall on the notice posted for it on the U.S. CPSC website: https://cpsc.gov/recalls/2015/Whirlpool-Recalls-Jenn-Air-Wall-Ovens

Additionally, Prizer-Painter Stove Works recalled about 1,000 of their residential gas wall ovens in early 2013 damaged flexible gas appliance connectors (prior to installation or because of improper installation). More information about that recall can be found on Blue Star’s recall notice page.

Is Prizer-Painter Stove Works offering any kind of remedy?

Yes. They are offering a free repair for all units affected by the recall. After you have turned off the convection fan in your range or oven, contact them to schedule an appointment at the number listed below.

How do I make sure my range/wall oven is not one of the models being recalled?

If your range’s or wall oven’s model and serial is on the list, you will need to contact Prizer-Painter Stove Works to take any further steps. You can reach them at 1-800-449-8691 on Monday through Friday, between 9AM and 5PM Eastern.

Where are the model and serial numbers located on my range/wall oven?

When it comes to houses, people dream of customized kitchens with appliances that exactly fit their needs and work the way they are supposed – whether they live in New York City like our customers, or other parts of the country. Even custom ranges and ovens like the ones Prizer-Painter Stove Works supplies have problems, though. While we do regularly perform repairs on ranges and ovens, if you are looking for someone to perform this specific recall work, we recommend connecting with the manufacturer and following the steps they have put in place to remedy the issue.