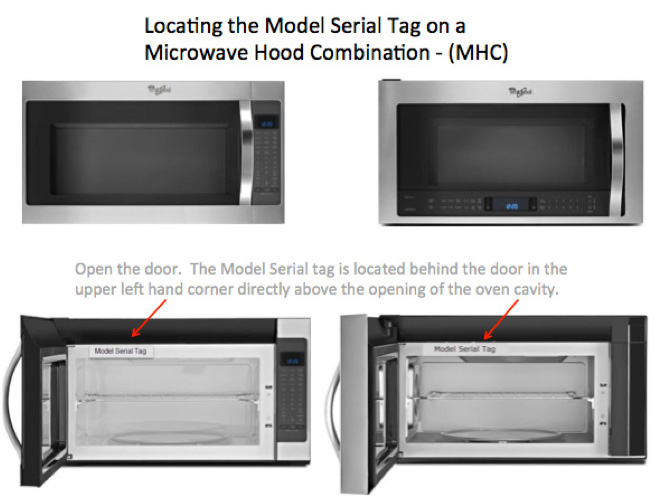 Like refrigerators, ovens and stoves, microwaves are a standard appliance that can be found in most kitchens around the country. While kitchens in many older homes feature stand-alone microwaves, manufacturers have found ways to help integrate this appliance into other parts of a kitchen’s design – like above the range, or combined into units with the hood or conventional oven. Because it is so convenient in the design stages, it can be extremely inconvenient when problems arise with these combined units. If your kitchen boasts a Whirlpool Microwave Hood Combination, keep reading to find out more information about they have recalled 10 models of this type of unit and what to do if yours is considered to be part of the recall program.

When was this appliance recalled?

This recall affects which Whirlpool microwaves?

The affected units are all microwave hood combinations that were manufactured by Whirlpool Corporation between January of 2014 and April of 2016 in China. The units were sold by home improvement, home appliance, and retail stores like Best Buy, HH Greg, Lowes, Sears and others across the country during this time period, as well as in Mexico. Consumers will have purchased these units for prices ranging from $370 to $470. These microwave hood combinations were also installed by builders in homes constructed or remodeled during this time period

15,200 units from 10 different models fall under this recall notice. Model numbers include:

Why are these microwave hood combinations being recalled?

The recall was issued because a fire hazard created during the use of some microwaves hood combinations. It is possible that internal arcing can ignite one of the internal plastic components and start a fire inside the unit.

How many of instances of this hazard have been reported?

According to the U.S. CPSC, there have been five reported incidents related to this particular hazard. Three of these incidents included a fire as part of the report. Two of those incidents involved the surrounding cabinets catching fire. One of them involved a house fire.Additionally, smoke was reported in one incident and a burning odor in another.

Have there been any injuries as a result of these incidents?

As of the time that this post was written, the U.S. CPSC’s notice on this recall states there have been no injuries recorded in the reports associated with the incidents noted above. However, it is possible that other instances have been reported that include injury in the time between when this was written and when it is posted.

Have there been any similar recalls?

What are the remedy options being offered by the manufacturer at this time?

How do I verify the status of my unit?

If you are concerned that your microwave hood combination is affected by the recall, you have two options for verifying its status under the recall program.

option you choose, you will need to have the model and serial numbers before you check. You should also unplug the unit and stop using it before you check for these numbers.