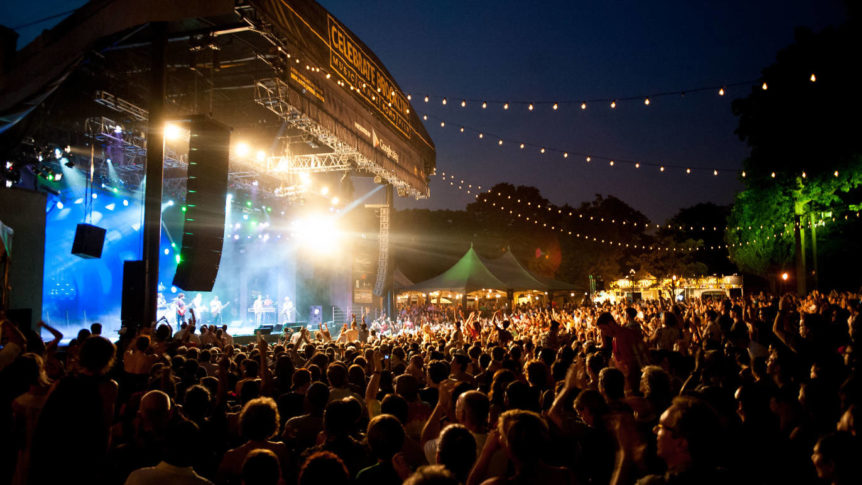 When you live in or near New York City, there is never a shortage of things to do. In fact, sometimes there are so many things to do that you can’t decide which ones you want to do first. This is especially true in the warmer months, as there are plenty of activities going on outside around the city. If you live in this area, and you’re looking for something to do, here are 10 things you should do before the Summer ends.

When you think of New York City, you likely don’t think of the beach. However, there are actually some very nice beaches in this area, and you should definitely try to get to one before the cooler weather arrives. So pack up a blanket and some sunscreen, hop on the Metro, and head on over to the beach for a fun day in the sun. While you’re there be sure to grab some lunch from a local food truck or enter into a sand castle building contest.

If music is your thing, you’ll definitely want to attend at least one music festival. These events happen throughout the Summer, so you should be able to find one that interests you before the Summer ends. Try to book your tickets as early as you can, as these events can sell out fast.

Maybe you like music, but the idea of a hectic music festival just isn’t for you. Instead, consider going to one of New York City’s free outdoor concerts. You can learn more about the free concerts available by heading over to the NYC Parks website. These events can get rather crowded, so if you’re going to go to one, try to get there as early as you can in order to get a good spot.

For you movie lovers, why not attend an outdoor movie? You don’t have to sit inside a cramped theater on a hot Summer day, or spend your time sitting on the couch watching the movie on your small TV. Instead, you can sit outside under the cool Summer night sky and watch a great movie. There are plenty of offerings, so you can likely find something that you can go to with your friends or family.

There’s no better snack in the Summer than a good cup or cone of ice cream. And if you live in New York City, you have a lot of great places to choose from. Ice cream here isn’t like ice cream in other places – here you can get ice cream that’s bigger than your head, is infused with alcohol, or is shoved between fresh chocolate chip cookies.

No matter what season it is, it’s always a good time to go see a show in New York City. For these Summer months however, there are two that you should consider checking out. The first is Spongebob Squarepants The Musical, which only runs until the end of the Summer. This is a great show for kids, but adults will love it as well. Another show to check out is In And Of Itself, which only has a few more weeks before it closes for good. This magic show has received rave reviews, and promises to leave the audience thinking about it long after they leave.

One of the best things about New York City is the view. If you can get up high enough, the surrounding view is incredible no matter where you look. And luckily, in NYC, there are plenty of places that you can not only get up high, but where you can do some drinking as well. The next time you’re looking for something to do at night, look for a rooftop bar. It’s hard to beat good drinks and a great view on a warm night, making this something everyone should do at least once before the Summer ends.

You don’t need to spend a lot of money or go very far in order to have a fun time in NYC. If you want a fun Summer event, grab some friends or your family, and take a picnic lunch to a nearby park. Central Park is great for this, and it’s unlikely you’ll be the only ones there who thought to bring a picnic. Picnics are a great way to get away from the hectic atmosphere of the city without having to go too far.

Sometimes it’s easy to forget that New York City is actually composed of several islands. To get a great view of the city, and have some fun at the same time, consider taking a cruise around the city. There are plenty of tours offered, or party boats you can get on with your friends. It’s nice to occasionally get away from all of the tall buildings and simply spend a few hours out on the water, taking in the city from afar.

Finally, for those of you who want something a little more active, consider joining an amateur sports league. There are plenty of leagues all around the city, in which you can get together with other people and play a sport, or do an activity, that you enjoy. Volleyball, kickball, softball, ultimate frisbee, football, and cornhole are all popular options this time of year. If you’re searching in the middle of the Summer, consider looking for leagues that start in the Fall.

Make the Most of Your Summer

Hopefully this list was able to provide you with some things to do this Summer. There is a lot going on in New York City – so much that it can often become overwhelming. Take some time to think about what it is you like to do during the Summer months, and then start your search for a place to do it in NYC. Chances are you’ll be able to find something, and you’ll be able to make this Summer just a little bit more memorable.
Sharing