Is Your Freezer Too Warm? Replace Your Samsung Refrigerator’s Evaporator Fan Motor 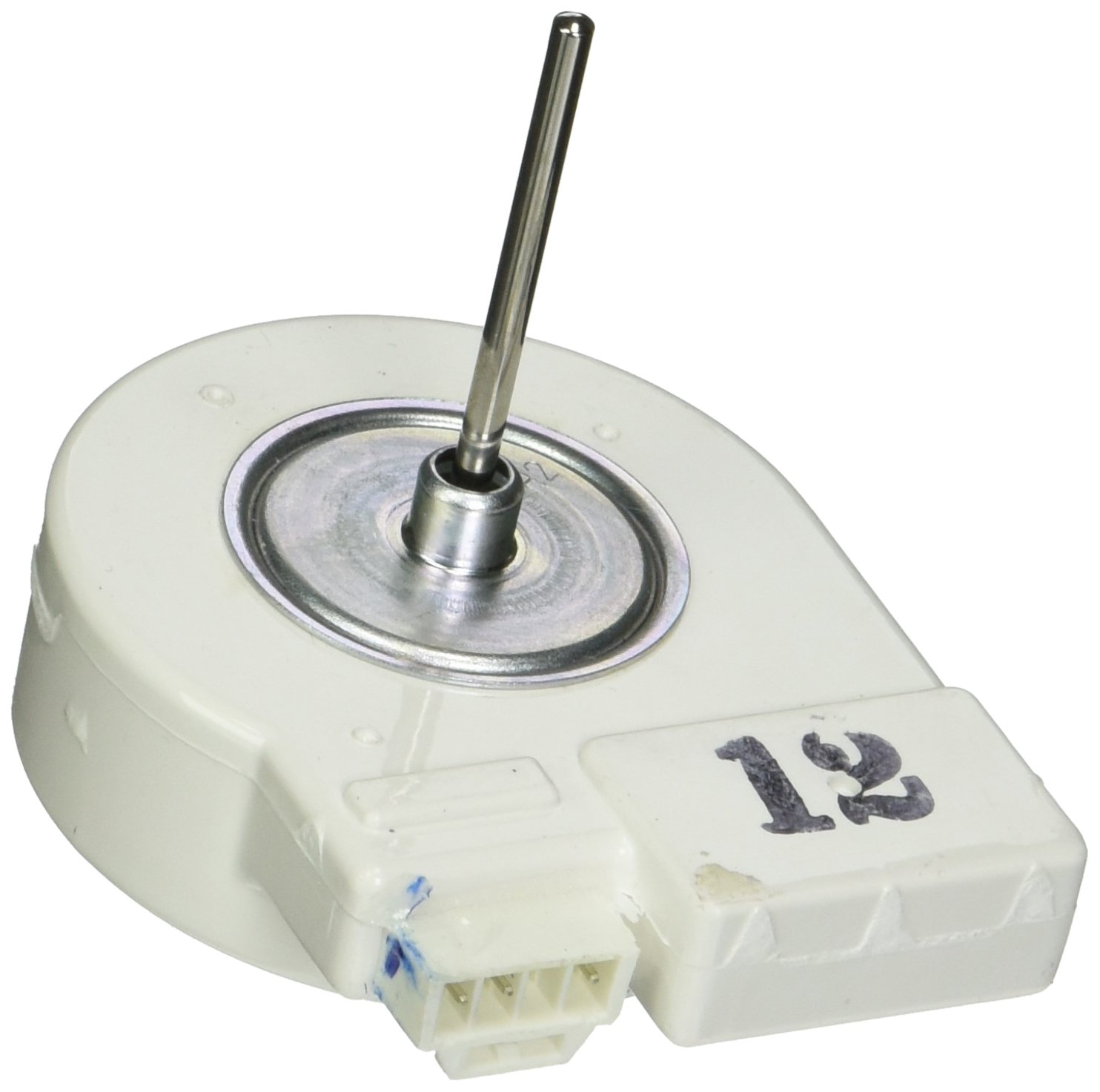 If your freezer is too warm and your frozen food is starting to thaw, there’s a short list of potential problems. Before you start replacing any parts, try changing the setting. If that doesn’t work, the evaporator fan motor may be faulty. These parts can short or break, especially after they’re overworked. Order replacement #DA31-00146E for a new refrigerator evaporator fan motor for your Samsung refrigerator. Then follow these steps to replace the broken part yourself:

Before you start repairing any appliance, make sure it’s completely separated from its power source. This keeps you and the appliance safe. When you’re replacing the evaporator fan motor, you will be unplugging wires, so it’s even more essential that you unplug the refrigerator first.

2. Access and remove the back panel of the freezer section.

, take the door off of the freezer. Fully extend the door so you can reach the brackets on the interior side of the door. Then remove the two screws holding each of the brackets in place. Lift the door off the rails and set it aside.

Also, remove the connector rod toward the back of the rails. This is designed to help the freezer drawer keep its shape. To remove it, push the rail to the right to the left end falls free of the cutout holding it in place. Then slide the right it out and set the rod aside. Remove the ice maker next. To start, remove the plastic front cover by unsnapping it from its mounting tabs. Remove the two screws under the cover that secure the ice maker box to the top of the section. Pull the ice maker forward to unhook it and hold it a few inches below the ceiling. Before you pull it away completely, unhook the wire harness by hand

After that, remove the back panel. Remove the two screws — one on either side of the panel — in the depressions. Then tug the back panel free until you can reach behind one of the corners and pull it slightly further forward. Before you pull the back panel out entirely. Release the three wire harnesses in the top right corner. If you’re nervous about unplugging the wires and plugging them back in the correct orientation, all three are designed to only fit in one way. You can also take a picture with your phone so you have a guide during reinstallation

pull the panel out and set it on a flat work surface.

Flip the back panel over so you can see the motor assembly. Remove the four screws that hold the assembly against the panel. After that, flip the assembly over and pry out the fan by hand. Then set it back in position. Next, remove the screw holding the motor cover against the assembly. You will also need to disengage the locking tabs around the edge of the cover with a flathead screwdriver.

Follow the uninstallation steps in reverse to install the new part

, snap the wire harness back in place. Make sure you hear it click. Then slide the bottom grommet back over the shaft and put the new motor in the assembly housing. Next, put circular grommet back on top and close the cover. Make sure all of the locking tabs engage and then retighten the screw on the side.

5. Reinstall the back panel.

Orient the back panel so the exterior side is facing you as you slide it back into the freezer section. Before you press it flush with the back of the refrigerator, reattach the wiring. Plug the three wire harnesses back into the top right corner. Refer to the picture you took earlier as needed

, carefully work the panel into position. The wheels that hold the connector rod may get in the way, especially the longer one on the right side. Extend the rail forward to give you more room to put the right corner of the panel in position. Also, make sure the extension at the bottom of the panel is folded forward and out of the way. Make sure none of the wires are pinched and that the icemaker connections on the left side haven’t been pushed out of position. Secure the panel in place with the two screws.

First, reinstall the icemaker. Hold it up near the top of the freezer section and plug in the wire harness. Slide it over the fill tube and then stick back into the cutouts. Tilt the whole assembly up so it’s flush with the ceiling. Tighten the screws to secure it in place. Then snap the cover over the front.

Next, attach the connector rod. Line up the wheels on the rails. Stick the right end into the rail wheel and then the left one. Then attach the door. Hold the door against the rails and then push each rail into the cutouts. secure the rails in place with the bolts you removed at the beginning

the door is in place, add the basket and shelf. To do this, fully extend the rails. Rotate the basket so the top is facing you and lower it into the freezer section. Rotate the front so its lip catches in the groove in the door. Then tilt the back into position against the rails and connector rod.

Orient the drawer with its rails extended and to the back. Slide them into the grooves on each side of the freezer section near the ceiling. Make sure the drawer and door close and open smoothly

in the refrigerator and give your freezer section some time to cool down to your preferred temperature. Contact our team at Dan Marc Appliance for more appliance repair guides or to speak with our technicians.