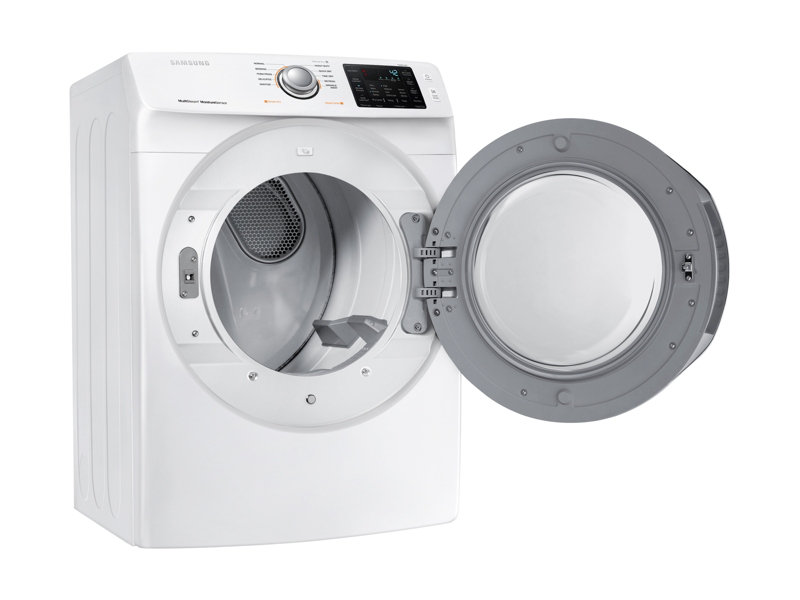 DanMarc
September 10, 2018
Service
Your dryer can generate a lot of heat, and that can be dangerous if the electrical components are malfunctioning. That’s why every dryer comes with a thermal fuse. It’s a safety measure that will break if the circuit has too much power, and that means the circuit won’t close and the dryer won’t heat up.
Whenever the thermal fuse breaks, you need to troubleshoot your dryer to find the underlying cause. Once you do, you can replace the thermal fuse. Order replacement part #DC47-00015A for Samsung dryers and follow these steps to get your appliance back in working order.

1. Unplug the dryer or flip the circuit breaker.

No matter what appliance you’re working on, the first step is always to unplug it. This protects you, the appliance, and the immediate area. Because you will be directly disassembling and reconnecting electrical components, this step is even more important.

Pull your dryer away from the wall so you can access the back of the appliance.
Remove the top panel. Loosen the two screws at the back of the top panel’s edge and set them aside. Then pull the panel back away from the front bracket and lift the panel away.
Next, remove the control panel at the front of the appliance. Start by carefully separating the top of the panel from each of the tabs along the back of the control panel. Then tilt the panel forward and pull it up. Set it on top of the machine without tugging the wire harness on the right side.
Then remove the front panel. Start by opening the dryer door and removing the two screws near the bottom of the cavity. Then shut the door and remove the four screws along the top edge of the front panel. Now you can pull the panel slightly forward.
Tilt the top away so you can access the door switch behind it. Disconnect the wire harness to the door switch so you can pull the whole front panel off the bottom mounting tabs. Carefully set it aside. You can now access the dryer’s internal parts.

Set the heater element on a flat workspace against the side of the dryer. It still has wires connected to the inside of the appliance, so don’t move it too far away.
First, remove the wire connections from the top of the thermal fuse by prying them off with a flathead screwdriver. The blue wire connects to the inside prong and the black to the outside one. You will need to remember the orientation for reassembly. If you want, take a picture before removing the wires so you have a guide to refer to.
Once the wires have been disconnected, unscrew the thermal fuse bracket. The fuse itself has been riveted into the small bracket, so you’ll need to drill the rivets out. Secure the assembly in a clamp and drill out the rivets. Then pull the old fuse out of the bracket.

Set the new part in the bracket while the bracket is still in the clamp. Install the rivets in each side of the thermal fuse with a pop gun.
Next, loosen the bracket from the clamp and position it back against the heater element assembly. Resecure it with the two screws. Then reattach the blue and black wires to the correct prongs. They should just snap into place.

Slide the front panel into the three bottom brackets, and then tilt the panel in against the machine. Before it’s completely flush with the front frame of the dryer, connect the wiring of the door switch. Then shift the front panel flush with the frame of the dryer and make sure the front tab clicks into place.
Retighten the four top screws, as well as the door screws behind the dryer door.
Next, put the front console back in place. Lower it so it aligns with the bottom mounting tabs. Then tilt the top of the panel towards the machine so it snaps into the top tabs.
After that, slide the top panel into place. The front edges need to slide under the exposed brackets attached to the frame. Push it fully forward and then resecure it with the screws at the back of the top panel. Plug the dryer in.
A broken thermal fuse is generally a warning that something else is wrong with your dryer. Go to Dan Marc Appliance to find troubleshooting tips or schedule an appointment with a technician who can get to the bottom of it.
Sharing

5 Ways To Fix a Dishwasher That Isn’t Cleaning Properly