7 Reasons Why Your Dryer Might Not be Producing Heat 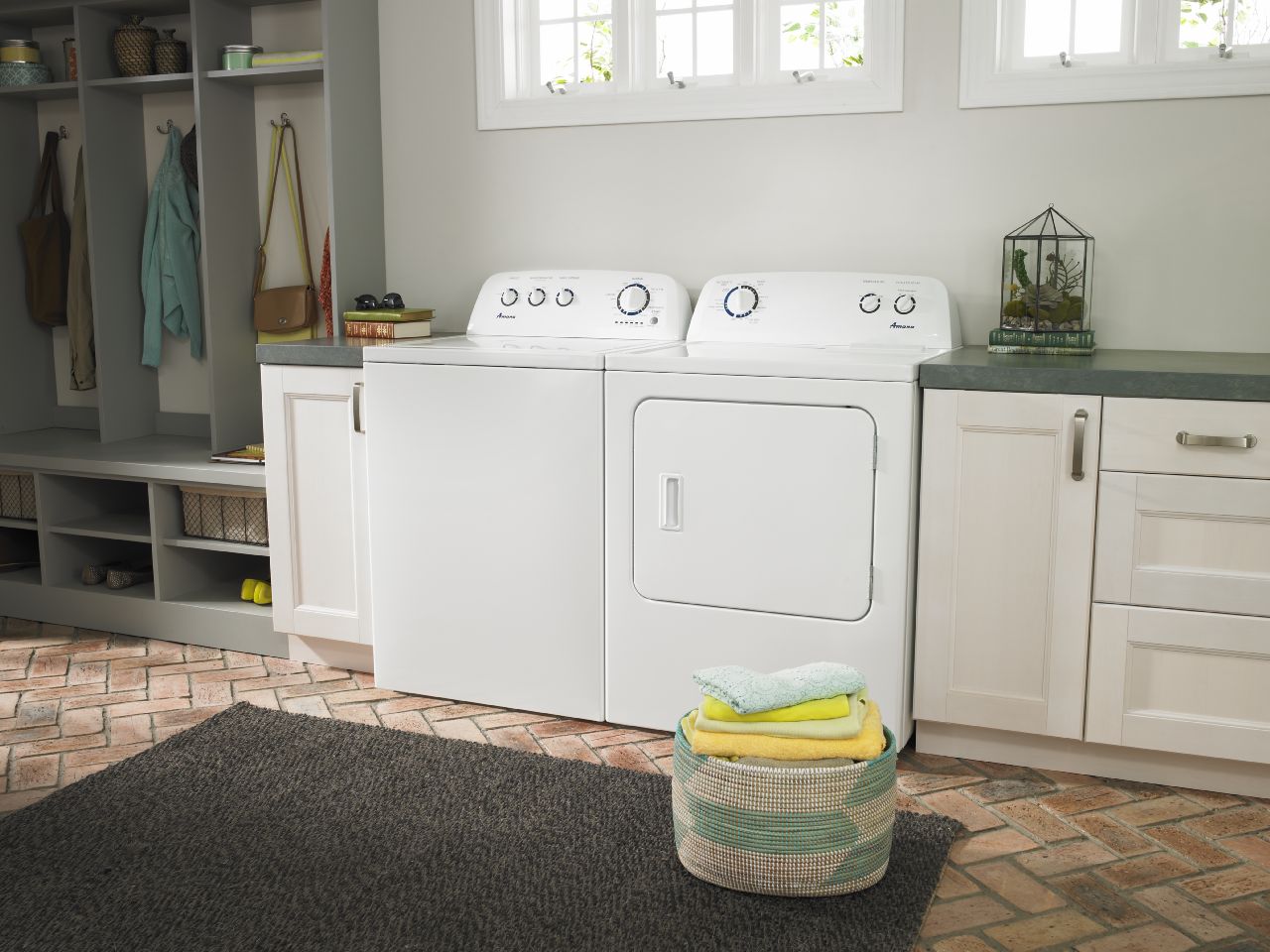 If your dryer is not heating up, this could be caused by a surprising number of internal problems, from too much dryer lint to the heating element itself. You may have to replace a part or two in your dryer to get it rolling hot again, but there’s quite a bit of troubleshooting between here and knowing which part needs replacing.

Today, we’re diving right in to explore all the possible reasons why your dryer may have stopped heating up.

Start by gathering some equipment. About half of the tests we’re going to do require opening up the dryer and testing individual components, so you’ll need a few tools before we begin.

Now that you’re equipped, let’s start testing, going from the easiest to the most challenging tests to perform.

1) The Dryer Lint Trap is full

The easiest thing to check is your dryer lint trap. This is located either in the top corner of your dryer or inside the door pocket. Pull the trap. If the lint is thicker than a Holiday sweater, this could be your problem. Blocked airflow can prevent your dryer from producing and cycling heat correctly. Clear the dryer lint trap and then do your best to clear any built-up lint still stuck in the housing.

2) The Flexible Dryer Duct is Blocked

The other place lint can build up to block airflow is in that flexible silver vent-duct in the back of your dryer. First, check if it is crumpled or blocked from pushing the dryer into it without making sure the vent stays clear. Next, remove the ring-mount that holds it onto your dryer and check the inside. You may see a lint filter that is absolutely caked and needs to be cleaned. Or you may see the walls of your dryer vent-duct coated in lint as well. Clear that lint out and reinstall the duct.

If the duct is damaged or badly kinked, buy a new length and replace it.

Opening Up the Inside

Moving forward, the next five troubleshooting steps require you to open up your dryer and test individual electrical components to see if one or more has blown out.

To do this, you will need to unplug your dryer for safety and open up the access panel.

For older dryers, the access panel in the back, so pull your dryer away from the wall and ready your nut-drivers. For newer models, the access panel maybe the front panel instead. Check the manual for the make and model of your dryer to find out how to open it up and identify each one of the following components.

Now is also a good time to put on your work gloves if you haven’t already. Interior dryer components and pannel edges can be sharp.

The other thing you’ll need to know is how to safely test a component. Plug the multimeter leads into the multimeter and set it to ‘Continuity’. Place one lead on exposed wire or metal where the electricity goes in, and one lead where electricity comes out. You do NOT need the appliance plugged in to do this, the test power comes from the multimeter.

3) The Thermal Fuse is Blown

Identify the thermal fuse. This determines whether power goes to the heating element and, more importantly, when it doesn’t. The fuse works like the breakers in your home and when it blows, power is cut for safety. If you can’t get a multimeter reading of ‘0’ resistance from the thermal fuse, it’s blown and needs to be replaced.

4) The Thermal Cutoff Switch is Broken

This is another cut-off fuse (safety is key, after all) and if it blows, it defaults to off so your dryer never overheats or fails to stop heating. Arrange your multimeter on both sides of the wiring flow. If it reads ‘0’, this is the part that needs to be replaced.

5) The High-Limit Thermostat is Busted

The high-limit thermostat is what monitors the temperature to keep it from reaching the upper allowed temperature limit. Like the parts before, if this part fails then electricity is prevented from reaching the heating element to prevent overheating, and your dryer won’t heat. Test the high-limit thermostat for resistance and replace it if the multimeter can’t create a current.

6) The Cycling Thermostat is Busted

There is another thermostat that controls the cycling temperatures and again, if it blows, you get no heat. The drum may tumble and the controls may turn, but no heat is produced. Check it with the multimeter and replace it if a current won’t flow.

7) The Heating Element is Blown

Finally, there’s the big old heating element itself. These can occasionally burn out and replacing one is definitely cheaper than replacing your entire dryer. If all the fuses and thermostats still work, then the heating element remains your only possible culprit. Fortunately, the connectors are close to each other, usually near the bottom. If you get no current from the heating element or you can see obvious damage, it’s time for a replacement.

If the problem wasn’t your lint trap or duct, and it does turn out to be one of the internal components, you’ll need to perform a replacement. After mastering the multimeter, a quick fuse or thermostat replacement will be easier than you think. For most repairs, you will need to source the correct replacement part based on the make and model of your dryer. Then remove the broken part by disconnecting the wiring and removing the mounting screws. Set the new part where the old one was, reconnect the wires exactly (a phone photo can help) and secure it with the mounting screws. Just be sure the dryer is unplugged for all of this and you are wearing work gloves.

If you’re not confident with your multimeter results or want a professional to take care of part replacement, contact us today! Or you can check out our archive of step-by-step repair guides to find exact instructions on how to replace each individual part that might be preventing your dryer from heating. Happy handy-work!